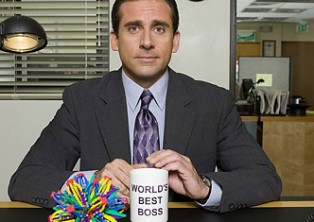 According to recent research, managers need to fake their emotions at work, especially when interacting with staff.

This is the key finding of a doctoral study conducted by psychologist Chiara Amati, from Edinburgh Napier University. She has now presented her findings to the Annual Conference of the British Psychological Society Division of Occupational Psychology.

This came as a major surprise to me because up until now  I have long held the view that good leaders and managers are authentic, open and honest.  Is it time for me to rethink this?

According to the research, to make sure that employees perform, managers need to create positive and encouraging emotions within themselves, overriding their private thoughts and feelings.

“Faking it seems, to a degree, to just be part of good people management,” reported Amati, who had interviewed 12 managers and surveyed 30.

She added:  “managers who spoke to me reported feeling obliged to monitor their public displays of emotions in order to manage staff performance and maintain good working relationships with their team. In many management roles, especially lower down the hierarchy or ranks of power, it is more important for managers to deploy influencing skills to get people to do things; they simply do not have the authority to command unconditional respect.”

Apparently the study also found that women managers may need to contrive their emotional displays more than their male counterparts.

“Female managers need to deal with contrasting  workplace stereotypes; on the one hand they are expected to be warm and nurturing, not angry or aggressive; on the other, displays of emotion, such as crying, are often seen as openly manipulative,” reported Chiara.

Amarti continued:  “We have known for some time that the emotional climate in the workplace is a key factor in employee wellbeing and performance.  We have also known about the need for managers to be emotional intelligent to be successful.  What we have established here is just how important it is that managers ‘perform’ or put on a public emotional show, even if they don’t feel like it.”

I questions if staff  can really trust and respect their managers when they are questioning whether or not they are being genuine.

I would love to hear your views on this.

« Is it Your Groundhog Year?
Are you the next Steve Jobs? »